PsycheMERGE investigators collaborate on many diverse studies. Below are a few of our central efforts. 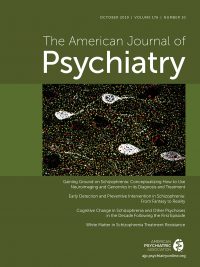 Penetrance and Pleiotropy of Polygenic Risk Scores for Schizophrenia in 106,160 Patients Across Four Health Care Systems

Complex traits, including schizophrenia, are affected by a large number of genetic variants, each contributing a very small amount to the trait. Since, for any complex trait, different individuals inherit different combinations of risk variants (and different total numbers of variants), a Polygenic Risk Score (PRS) for a particular trait can be calculated by adding up the effects of all the associated variants in any individual’s genome. Combining the schizophrenia PRSs with the complete electronic health records of 106,160 individuals, the authors identified traits that are associated with increased polygenic risk for schizophrenia.

PRSs were also positively associated with other traits, including anxiety, mood, substance use, neurological disorders and personality disorders, as well as suicidal behavior, memory loss, and urinary syndromes; they were inversely related to obesity. The study demonstrates that an available measure of genetic risk for schizophrenia is associated with schizophrenia in health care settings and also affects both psychiatric and non-psychiatric medical conditions. The results provide an indication of both the opportunities and limitations of PRS testing in health care systems.

Epidemiology of Functional Seizures Among Adults Treated at a University Hospital

To study functional seizures (FS), in this study we developed a method for identifying people with FS in Vanderbilt University Medical Center’s electronic health record system. We identified 3,341 patients with functional seizures (FS), 74% of whom were women. We confirmed previously known associations with FS including various psychiatric disorders (e.g. posttraumatic stress disorder, anxiety, depression) and sexual assault trauma. We also discovered a novel association with cerebrovascular disease, including stroke. We also found that sexual assault trauma explained about a quarter of the increased rate of functional seizures among women. Based on these findings, we recommended that patients experiencing seizures who have psychiatric disorders or a history of sexual assault trauma be referred for video-EEG assessment. Patients who develop seizures after a stroke and do not initially respond to treatment with medications should also be considered for early video-EEG assessment.

Depression is a common psychiatric disorder estimated to affect 1 in 6 people throughout their lifetime. While the underlying biology of depression is not well understood, depression is commonly linked to an activated immune system. In our study, we used information extracted from electronic health records to investigate the relationship between depression genetics and white blood cell count.